What is Computer Recycling?

Computer recycling is salvaging all usable metal parts of an old computer with the goal of reducing the need to mine, process or manufacture new metal. The recycled metal is usually used to make new computers or for the manufacturing, building and construction industries.

We are trusted and reliable computer recycling specialists in Sydney!

We have experience with both Industrial, Commercial and Residential customers with fast service and removal turnaround. 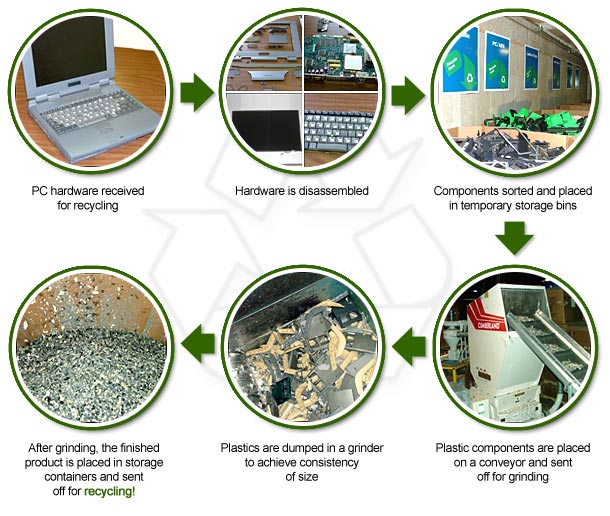 Why is computer recycling cost effective?

Computer recycling is cost effective in the long and short run because, as with all recycling, it conserves resources which are limited or cost a lot to bring into usable stage and at the last, into the production line. Human and natural resources are used to make each and every part of a computer, whether a laptop or big home computer. The construction of a new computer from all new metals, minerals, plastics, labor and not to mention the transportation, costs a lot and the manufacturer, true to the nature of the business, passes on the cost to the end consumer with taxes and profit on top. 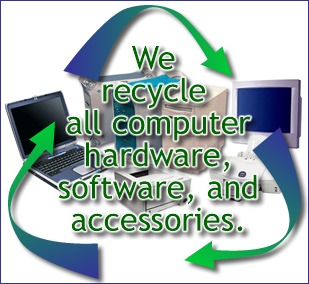 Why is Computer recycling great for the environment?

Since the invention of the computer, millions of it have been manufactured and eventually ended up in landfills and dumpsites before efforts and practices to recycle them became common. These machines are not built to last long. Their very nature, they become obsolete in a few years with new versions of both the hardware and software constantly coming out of the companies that made them. Old computers, with their many parts which are either hazardous or made from non-renewable sources end up in our landfills.

Computer recycling is great for the environment as it prevents old computers from being littered everywhere. If a roomful of discarded old computers is an eyesore, then think how much more a whole city of it is! Discarded computers pose as health hazards as well as eating space unnecessarily (imagine millions of old bulky computers stacked up in great piles or strewn about!), space which could be used for life sustaining purposes.

When did Computer recycling start?

Computer recycling has been around ever since the invention of the first programmable computer in the 1930s and thereafter. Expensive parts and construction made recycling necessary. However, recycling of mass produced computers only became popular in the 80s after consumer electronics including computers, cameras and the like started becoming popular from the 1970s.

At Scrap Metal Sydney, we have both the facilities and the dedicated and knowledgeable staff required in the business of computer recycling.

Our computer recycling facilities are compliant to all municipal and central government standards. We use state of the art machinery and safe practices to recycle computers from the dismantling stage, to sorting, storing, and repurposing and other such applications.

What is Computer Recycling?

Computer Recycling is turning waste that comes from computers that may have been useful when they were considered fast or operable, but now are obsolete, broken or irrepairable. Computers have dramatically enhanced the quality of our life but simultaneously produced millions of tons of electronic garbage over the years.

If not recycled properly, computers or electronics are a major source of toxins. Rapid technology change, low initial cost and even planned obsolescence have resulted in a fast growing problem around the globe. You along with Scrap Metal Sydney will be helping the environment by recycling these spare parts and you’ll obtain monetary incentives as well.

Your computer rubbish is just as good as moolah with Scrap Metal Sydney!

At Scrap Metal Sydney, we have the best computer recycling center in the business! Fast and efficient, we get the job done by getting your old computers, television sets, cellphones, and other electronic gadgets, disassembling them, and turning them into precious scraps for recycling. Our cash incentives are the best offers in the market, we take away the hassle by letting our own garbos do the work for you, and all you have to do is to be that responsible Aussie who cares for the environment. In Scrap Metal Sydney, we believe that that should never be a burden for anyone.

Still not convinced? Well here’s a little reality check for you. The Aussie economy is one of the fastest-growing and most advanced economies in the world. With it, however, comes a price. Statistics show that as economies grow, so does waste generation. In 2006 to 2007, Aussies were producing waste at a rate of 5.4% per year. That means that each Australian citizen produced 2,200kg of rubbish. That is a 50% increase from a decade ago. Now, considering how much more technology and how many more products we are creating and consuming today, that rate is bound to have increased drastically. And with the unprecedented emergence of the computer age, computer and electronic rubbish comprises a significant part of the total rubbish in the world.

At Scrap Metal Sydney, our stance on the environment isn’t all yabber. Our commitment to making the big smoke that is Sydney a cleaner and more breathable city, while giving you the best services when it comes to computer recycling, is lived out by concrete action. Recycle your computers now by giving us a call or utilizing our online rubbish pick-up service.

Call us today for more information.

Scrap Metal Sydney has a fast and efficient system for computer recycling, a process that involves disassembling computer parts, segregating them, and then grinding them into scraps for proper recycling. If you have old or used up computers, television sets, cell phones, or any other kind of electronic gadget that you intend to throw away, why not sell them to Scrap Metal Sydney. We give the most competitive prices for scrap metal recycling, while ensuring that our system of recycling is the best in the business.

In today’s computer age when companies are immediately creating the next new computer right after they have launched their latest model, tons and tons of computer and electronic products are turned into rubbish. Although many electronic companies claim that they have reliable recycling plans in place, the opposite is the truth. News reports have shown that many electronic companies, including Australian ones, send their used up computers and electronics to electronic waste dumps in different impoverished communities around the world.  The sad thing is, many of the electrical components that are thrown away with these gadgets hare still highly useable. When they are thrown away left to rot, toxins are left with it causing harm to the environment and affecting the development of people and communities nearby. Moreover, it takes years and years for these computer scraps to decompose.

Promoters of a health environment

Scrap Metal and the Urgent Need to Recycle